It's not every day that the Michigan Supreme Court Justice is in Muskegon and it's also not every day that we just happened to be set up for a live show were a reception is set up for one of the most joyous events that the court gets to celebrate every year, Family Re-Unification Day with the Muskegon Family Court.  Luckily for us, it all fell in to place and we were able to discuss the event and meet a pretty remarkable member of the Michigan Supreme Court. 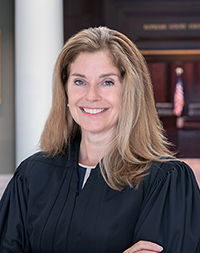 Family Re-Unification Day celebrates families who are back from the brink.  Quite often, family court has to do some pretty tough things.  I don't know of anyone who actually thrives on removing a child from a parent for reasons like addiction or other things in life that could potentially cause harm to a child.  In the best interest of the child though, sometimes intervention has to happen.  It's a devastating moment for everyone involved, even those who have to make the decision to intervene.  It sets into motion a world of legalities and issues for all involved and the hope is, that during the time of the intervention, the parents can get the help they need and they can recover, recoup and finally they can be back as a family at some point.  It's not a very easy road.  Some have to make major life changes and cope with issues they might not even know they have.  The goal is always the same though.  To return the family to it's original unit with more knowledge, security and assure the kids have a safe environment to grow up in.

In Muskegon, we've followed this day for a few years.  After all, the courts are not generally thought of as a place of celebration.  Any victory or accomplishment is a reason to celebrate and to lift those up who have been undergoing some very big changes is a very important final step in showing them that they could indeed do it.  The courts are not "the enemy" but the job is sometimes unforgiving in the eyes of those who are effected, so when all steps are met....it's cause for an occasion.

The Muskegon Farmers Market was the setting.  There was music.  There were dignitaries.  Informational booths and a nice crowd on hand to see the moment that those who once thought their world collapsed were returned to being renewed as one and rightfully, celebrated for completing what could have been the most frightening moment of their lives.  On hand to speak at the event was Michigan Supreme Court Chief Justice Bridget McCormack and after the ceremony, we caught up with her to talk about the importance of this program in Muskegon and around the state and we also discuss some of the issues facing the Michigan Courts currently.  There might be a little fun at the expense our mutual friend Muskegon Prosecutor DJ Hilson, but it was truly a celebratory occasion and spirits were high.  Take a listen.

Coming from the point of view of someone who had to undergo some major life changes himself, what happens on Re-Unification Day is the conclusion of a miracle.  We're thankful for those involved who take the time to celebrate the tremendous and truly life changing steps the families who are back together again went though to get there and to know that they had a little light shined on them speaks volumes of the care that went in to helping them get it right.  Our most humble thanks too, to Chief Justice McCormack for her time with us.  We love telling the good stories in Muskegon and to have great guests like this, makes the job pretty easy.  You can click on the link below to visit the Muskegon Family Court. 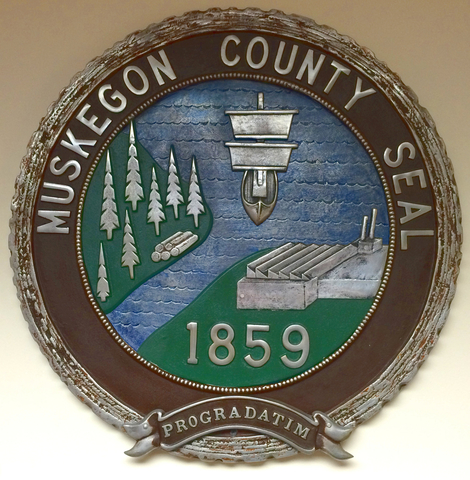